Missed the live event? Watch at your own pace with Replay (access until November 1, 2021). 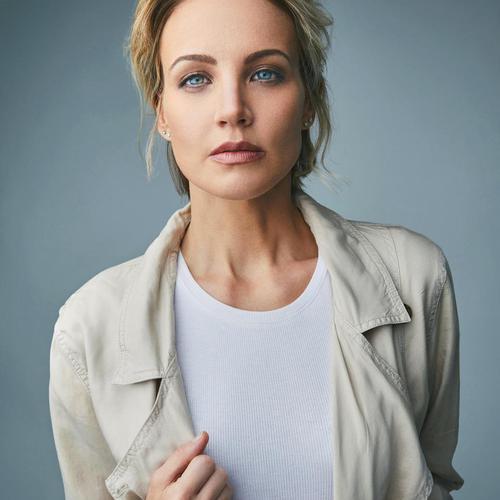 With over a decade in recovery, Brianne Davis shares her transformation journey of overcoming sex and love addiction and how she strengthened her relationships to move from shame to self-love. By stopping the destructive patterns of using people, places, and things to fulfill her, she shares the work she's done on herself to help others understand the deadly disease.

Talks covered by this speaker

WORKSHOP: The 40 Questions of Sex & Love Addiction with Brianne Davis

From bringing compelling characters to life on screen as an actor, calling the shots behind the scenes as a director and producer, lending her thoughts and opinions to the podcast airwaves, and even penning her debut literary work, Brianne Davis has emerged in the entertainment industry as a powerhouse female creative in 2021.

With over 11 1/2 years of recovery as a Sex and Love Addict, Brianne hosts the popular personal journal podcast “Secret Life.” The podcast launched in August 2020 and features inspiring true confessions from an eclectic group of guests, unpacking a plethora of taboo topics. Brianne’s latest venture in the “Secret Life” brand is her debut novel, “Secret Life of a Hollywood Sex & Love Addict,” which instantly hit the best-sellers list on Amazon earlier this year.

She is a renowned sober coach in addiction recovery. She has spoken on over 175 podcasts and television shows, including The Doctors, The Daily Blast, and many more as an advocate for creating awareness of the deadly disease of sex and love addiction. She has also penned several articles on the subject for Cosmopolitan UK, Daily Beast, HuffPost, and The Drill. She is currently in rewrites for the follow-up novel of the Secret Life series and developing it as a tv series.

As an actress in film and television, Brianne most recently starred on the History Channel’s “Six.” Additional TV credits include Netflix's “Lucifer,” Hulu’s “Casual,” and HBO’s “True Blood.” Brianne’s first lead role in film came in 2005 with the blockbuster hit “Jarhead” starring opposite Jake Gyllenhaal. She also starred in the horror film “Prom Night.”

Brianne currently resides in the Los Angeles area with her husband Mark Gantt and son, Davis.

Your logo could go here!

If you'd like to get your brand in front of attendees following the categories this speaker is talking about (on this page, via email and during each talk) contact us.

We use cookies This website (and some of its third-party tools) use cookies. These are important as they allow us to deliver an exceptional experience whilst browsing the site.

By clicking 'Accept', you agree to the use of cookies. To learn more see our Privacy Statement.